A number of families I treat who have children with cow’s milk allergy have concerns about the safety of using soy-based formula or soy milk (per age appropriateness) as a substitute. These concerns have to do with the fact that estrogen is one of the primary female sex hormones and soy contains isoflavones, which, as phytoestrogens, are chemically similar to estrogens. Two major types of isoflavones, genistein and daidzein, can act like estrogen does in the body, but at much less potency than estrogen, itself. The concern with the safety of soy is the possibility that the isoflavones may have enough potency to have actual, relevant, biological effects. There has been a lot of research about these possible biological effects upon child development.

A large part of the basis for concern about the exposure of infants to soy isoflavones is related to the large dose, per body weight, that infants receive from soy formula. This was highlighted in a manuscript that was published in 1997 in the Lancet:

“The daily exposure of infants to isoflavones in soy infant-formulas is 6-11 fold higher on a bodyweight basis than the dose that has hormonal effects in adults consuming soy foods. Circulating concentrations of isoflavones in the seven infants fed soy-based formula were 13000-22000 times higher than plasma oestradiol concentrations in early life, and may be sufficient to exert biological effects, whereas the contribution of isoflavones from breast-milk and cow-milk is negligible.”

These findings were later supported with a similar report in 2009. However, the high levels of soy isoflavones in the circulation of infants does not necessarily mean that these phytoestrogens are having a biological effect. 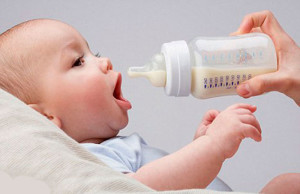 One group measured, by ultrasound, the reproductive organs of 4 month-old infants fed soy formula compared to those who were fed breast milk and milk-based formula. There were roughly 40 infants in each arm of the study. The authors found no diet-related differences in reproductive organ size between the three groups and no specific effect, overall, of soy-based formula. Interestingly, however, there was some evidence that ovarian development may be advanced in cow’s milk-based formula-fed infants and that, compared with breast-fed infants, testicular development may be slower in infants fed either type of formula.

Another very recent study reported on age of menarche in a cross-sectional study of 339 girls age 12-18, who had a wide range of intake of soy. These researchers used a web-based dietary questionnaire and a physical development tool. They found that soy intake was not associated with age of menarche in these girls.

An expert panel (the NTP-CERHR expert panel) published a report in 2011 about the potential toxicity of soy to children:

This expert panel concluded that there was minimal concern for adverse developmental effects in infants fed soy infant formula.

So, based on a recent expert review and additional recent research, there does not appear to be a meaningful effect of soy isoflavones upon the development of infants and children. Numerous expert recommendations, including those of the American Academy of Pediatrics, support breast feeding as much as possible for infants. However, there are many situations in which breast feeding is not possible or practical. In these situations, for infants with cow’s milk allergy (but not soy allergy), soy formula is a reasonable alternative with no evidence for risk of hormonal effects. Likewise, for children who must rely on soy milk, or for children who consume a great deal of soy for any other reason, there is no basis for concern for adverse hormonal effects. 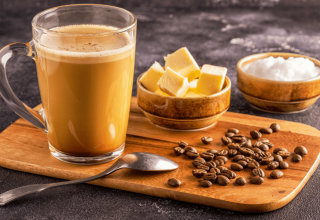 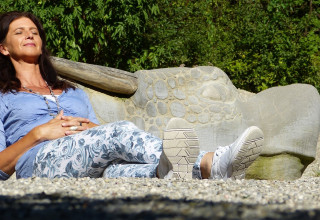