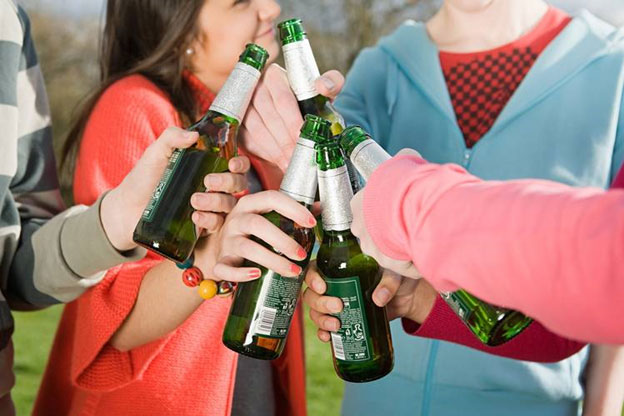 The Dangers of Alcoholism in Teens

If a teen drinks alcohol, it can have a negative impact on brain development. The brain continues to develop until an individual is in his or her early twenties. Evidence, which was collected from human brain imaging studies, showed that underage alcohol use is harmful to a developing brain. When a teen partakes in long-term alcohol use, the effect on brain development could lead to cognitive defects. However, it is not known if these defects are permanent.

Puberty is a vital time for hormonal development and growth. If a teen drinks alcohol during puberty, he or she can disrupt the hormonal balance that is needed for the healthy development of organs, bones, and muscles. Studies have been performed using animals that prove alcohol consumption while in puberty can have adverse effects on the maturation of the reproductive system.

Alcohol can lead to teen drug use

When a teen drinks alcohol, it can increase the likelihood that he or she will try other drugs in the future. Alcohol is thought to be a gateway to other drugs such as marijuana, pain pills, cocaine, LSD and club drugs. If a teen is under the influence of alcohol, his or her judgment is impaired, putting them at higher risk for experimenting with drugs. When an individual begins to use drugs in his or her teen years, he or she is at an increased risk for developing an addiction to drugs.

Alcohol is a cause of teen sex crimes

HelpGuide.org reported that underage drinking is a primary factor when it comes to sexual assault and rape in teens. It was reported that every year in the United States an estimated 97,000 students are victims of sexual assault or date rape when alcohol was a contributing factor.

Alcohol use in teens is a cause of risky sexual behavior 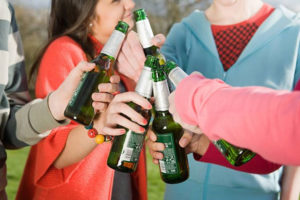 According to the National Institute on Alcohol Abuse and Alcoholism, survey results from adolescents showed a link between alcohol and unsafe sexual behavior as well as an increased risk of being coerced into sexual activity. An estimated 44 percent of teens in Massachusetts reported they were more likely to participate in sexual intercourse if they had consumed alcohol. Furthermore, 17 percent of teens reported they were not as likely to use a condom during sexual activity if they had been drinking alcohol.

It is important for parents to keep an open line of communication with their teens to prevent underage drinking. There are many ways underage drinking can cause harm. Teens are often more mature than they appear. If parents explain the dangers of drinking to their child, they may prevent the chances of them using alcohol.

James Jones is a Certified Health Education Specialist and passionate health and wellness writer. Currently writes for Sovereign Health Group . He has a Masters in Biology and is currently pursuing his PhD in Health Services Management and Policy. He also enjoys blogging. Contact him Via Twitter, Google Plus

James Jones is a Certified Health Education Specialist and passionate health and wellness writer. Currently writes for Sovereign Health Group . He has a Masters in Biology and is currently pursuing his PhD in Health Services Management and Policy. He also enjoys blogging. Contact him Via Twitter, Google Plus